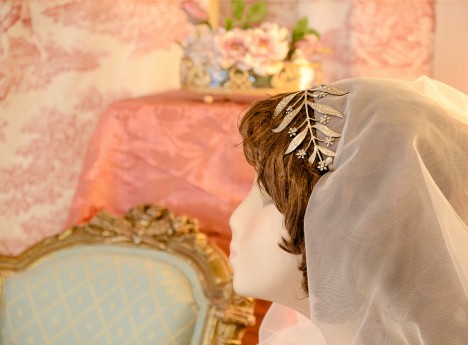 The third season of “Downtown Abbey” starts today. The famous Anglo drama series has been a resounding success with both its Spanish and International audiences.

The truth is that it doesn’t surprise me: from the cast’s acting to the atmosphere and costumes, all the series’ details are so perfect that they manage to transport you to early Twentieth Century England without you even noticing. If we add some great English actors to this, the series would become a must-see success, even if it were purely just for your enjoyment.

The first chapter of the third season had over nine million viewers in theUnited Kingdom. It began with the long awaited wedding between Lady Mary Crawley and Matthew Crawley, something that everyone who saw the first part was dying to see happen.

And here is where my eyes really lit up. When I saw the photographs of the wedding on the internet at the end of September, the first thing that caught my attention was the tiara that Mary wore. The series’ costume designers went in search of one of the most famous antiquarians ofEngland, Bentley & Skinner, specialists in antique jewellery; the result of this search was a Georgian tiara created for Lady Mary’s walk down the altar. Bentley is an English jeweller who has had a shop since 1934, specializing in antique pieces from the late Nineteenth Century. He managed to become very famous a few years ago when he created a diamond-covered skull for the artist Damien Hirst. The piece reached a £50million sale price.

The brand ‘Skinner’ served QueenVictoriaduring the Nineteenth Century. Bentley & Skinner was founded in 1997 due to the union of both houses.

The sensational headdress is covered in traditionally carved diamonds, mounted in 45 karat yellow gold and silver; it is valued at £125000. The piece transforms into a brooch and diadem.

So now you can imagine the first thing that passed through my head… I wanted that tiara! I wanted it in my hands and I wanted it before the Spanish audience was able to see it. I wanted everyone to be able to enjoy it the very same day that the series was released.

Neither did I let the bride’s dress out of my sight, designed by the manager of all the series’ costumes, Caroline MacCall. It appears that the dress has been the most expensive order made for the series, seeing that only the making of it cost nearly over £4000. It’s a beautiful Twenties style dress made from silver lace and embroidered with Swarovski crystal and rice pearls. A design that more than one Twenty-first Century bride would be thrilled to wear.

And this is exactly what we’ve done. We have recreated Lady Mary’s wedding in the very heart ofMadrid. We have reproduced her tiara, and now, in our window display, an exultant mannequin sports the tiara along with an original Twenties bride’s dress.

If you want to enjoy this gem, photograph it or simply contemplate the beauty of a bridal outfit from the previous Century, make sure you pass by and take a look at our window display. It will be on show until the end of the year.

Don’t miss out, we’re waiting for you! HOW THE DIAMOND-COVERED SKULL WAS MADE