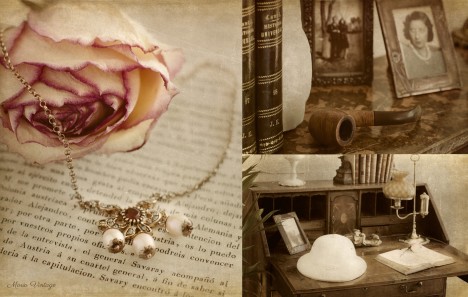 “I had a house in Africa, at the foot of the Ngong hills…” just hearing this phrase already sounds like a melody to me.

I can’t speak about this film without getting emotional, i think I’ve seen it more than 20 times and there are some scenes that still give me butterflies in my stomach, exactly the same feeling as I had the first day I saw it. So romantic, so sad, so intense…

The film, which has just celebrated its 25th anniversary, narrates the life of Karen Blixen, a Danish writer that arrives in Kenya at the beginning of the Twentieth Century to manage a plantation alongside her husband, an incurable womanizer, to whom she is married but doesn’t love. The relationship that Karen establishes with Africa and its people; the striking contrast between the indigenous kikuyus against the forever strict British society in one of its colonies; and, above all, Karen’s love story with the hunter Denys Finch-Hatton, these are the main driving forces behind a simply charming film.

The winner of seven oscars, amongst which, the best film and the best director (Syndey Pollack), the film was enormously successful with the public, qualifying as a “masterpiece” and “unforgettable jewel”, making it an all-time cinema classic.

For me Meryl Streep, in her role as a high society Danish lady, is magnificent. I Iiterally fell in love with her from the the first minute and since then I don’t think I have ever missed a single film appearance by her.

Not only Karen but also the majority of women we see in the film fall in love with a Robert Redford that plays the role of an attractive, well-educated, charming and gallant with a touch of liberalism and adventure.

The photography is the work of David Watkin. For me the photography and the music are the strongest success points of the film. It seems as if we were watching a National Geographic report. The  journey made in Denys’ plane by the two of them from Nairobi to Mombasa flying over the hills of Kenya is absolutely breathtaking. Who hasn’t dreamt of a similar experience accompanied by someone very special in your life? I have, of course, although I don’t think I will ever manage to make it come true. I will stick to and cherish the scene from the film that makes me live it as though the journey were my own. There are thousands of warming, romantic and emotional scenes. however, the scene that stays with me most of all is when, in a break from the Safari, Denys washes Karen’s hair using a sheet and the water runs through her soapy hair, meanwhile she closes her eyes, freeing herself to countless pleasurable sensations… it’s a simple scene with an enormous sensual charge.

A few days after being released in the cinema in 1906 I already had the soundtrack in my possession.it was a very special gift from someone who continues to be an essential part of my life. Since then, every time I listen to it I close my eyes and can feel the breeze, visualize the colour and the aromas of the hills of Ngong…it takes me to Kenia, transporting me to a different time, to live in another period…waking up incredible, intense and marvelous memories in me. It’s a soundtrack compiled by John Barry with a wide variety of melodies that seem to flow from the different places from where the work was filmed.

I have a 22 year old daughter who still hasn’t seen the film and I thought about giving it to her this month as a gift. I am extremely curious to know what impression the film will make upon her, given that she is nearly the same age as I was when I first saw the film. I am intrigued to know if the film that I consider to be a cinematic masterpiece will awaken the same feelings in a young girl of this century, as the ones that it awoke in me.

I will let you know…