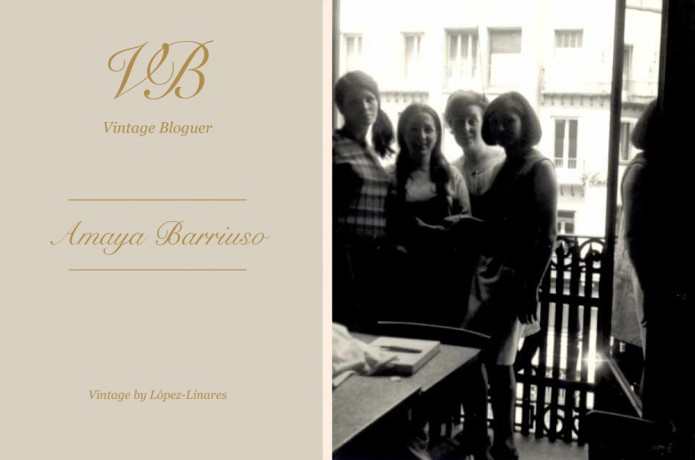 My post is dedicated to the great Spanish designer Cristóbal Balenciaga. However, it isn’t a post about things that I have read, but about the life experiences of a person that had the luck to learn how to sew, and develop their career as a fashion designer together with one of the most important Spanish designers in history. This person is my mother. She had the chance and luck to work in the House of Balenciaga, situated in Madrid, from 1958 until it closed its doors in 1969. It was the place which made its clients dreams into reality.

The Spanish fashion designer decided to create a business dedicated to dressmaking, Eisa Costura, opening up a new establishment in 1933 both in San Sebastian and Madrid: EISA B.E. The first collection was presented by the new house of couture in both cities, it was the 1933 Spring-Summer collection. The Madrid branch was situated in 42 Caballero de Gracia Street, and the establishment was not to take on Eisa’s new name until February 1941. It would later be moved to the emblematic number 9 on Gran Vía (the old Avenida de José Antonio). There Eisa Costura presented its first collection in April 1941. Posing on the balcony which faces nº 9 Gran Vía.

My mother worked with Miss Felisa in Fantasía (fantasy), which was dedicated to making evening dresses and smart dresses, the section was situated on the third floor and faced Gran Vía, in front of the emblematic Chicote (The Chicote Museum at nº 12 Gran Vía). Many famous visitors of the period, such as, David Niven or Viti the bullfighter, went directly to witness this magnificent location, it was an obligatory destination when visiting Madrid. On the ground floor, where my mother worked,  you could find the tailoring department where they made coats, and suit jackets for their clients. The whole workshop breathed a wonderful atmosphere of work and companionship between the workers.

In order to show the new collections and trends to its clients, private catwalks were made, to which Cristóbal Balenciaga himself attended, and who personally fitted the mannequins. When the new collections were being prepared, a frantic work rhythm reigned over the workshop, they were days in which you knew at what time you entered, but not at which time you would finish.

Amongst some of the curiosities that my mother told me, we can highlight that in the House of Balenciaga they gave away the wedding dresses as gifts to the employees who were going to be married, and the lucky one would do a private catwalk show for her colleagues in one of the rooms where they showed the collections, where they enjoyed themselves as if it had been them. Another anecdote that she told me was that they gave her a day off in order to raise and collect money for Cancer Research, something similar to what Conchita Velasco did in the film Red Cross Girls (Original title: Las chicas de la Cruz Roja) in that period. It was also custom for the employees who wanted to attend a complete week of spiritual services in “El Espinar” with all expenses paid. In the Balenciaga Fantasy workshop

Another of my mother’s experiences during the time she worked at the House of Balenciaga was that she was able to experience first hand the creation of Reina Fabiola’s marvellous wedding dress, the one which was shrouded in absolute secretism. She was even the one who took the dress to Balenciaga’s private house in Madrid, where the bridal fittings were carried out. When the day of the great wedding arrived, a television was put in the workshop so that all could directly watch the event.

My mother remembers this stage of her life as one of the best that she lived, and is extremely happy to have had formed part of the history of Spanish fashion together with one of the greatest in universal fashion.

Amaya Barriuso is a journalist and manages the communications and social networks for companies like freelance. This month she is “Vintage By López-Linares’” invited Blogger. A huge thank you for such a personal and charmingly warm article. Follow Amaya’s work at “Amaya’s Blog”