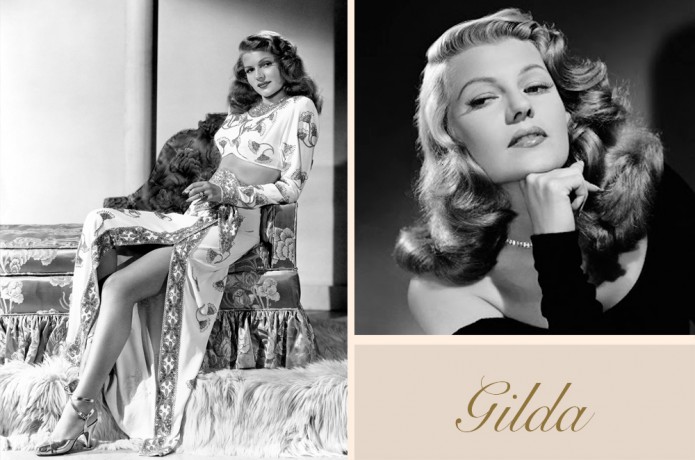 “Gilda” is Rita Hayworth and Rita Hayworth is “Gilda”. Independently from the film’s plot, more or less attractively, Rita Hayworth completely absorbs and takes over the leading role.  The entire film revolves around her, and her ability to captivate men in the film filters through the big screen and leaves all of us in love with her beauty, her sensuality and her character.

“Gilda” is a melodrama with a masterful structure. It contains some bitter, cynical, and wonderful dialogues which make it an essential work piece in black and white cinema.

This masterpiece hasn’t lost anything over the years. It speaks to us of solitude, friendship, greed, love and violence. Glenn Ford, who had us accustomed to his roles as a good, trustworthy and honest man, becomes a wild animal absorbed by jealousy.

Without a doubt, the most famous scene in the film is the “strip-tease”. This “strip-tease” is the scene in which Hayworth takes off her glove whilst performing the unforgettable song “Put the Blame on me Mame” which, incidentally, was not sung by her. This scene reminds us once again how Hollywood knew exactly how to create eroticism and sex, simply by showing a naked arm. Although perhaps it isn’t one of the best films in history, Gilda is, without a doubt, an indispensable film in cinema’s history, and within the film, Rita Hayworth depicts one of the most beautiful and seductive women of all time. It was awarded by the National Film Preservation Board in 2013.