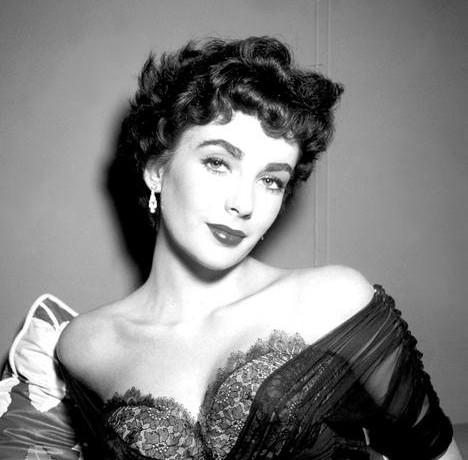 Hollywood’s legendary star, Elizabeth Taylor, passed away a few weeks ago. The star’s life was most known for all her films, her Oscars, her scandals and her eight marriages that took up thousands of pages in the tabloids all over the world.

Her passion for jewels is what most struck me about her life. She has owned some of the most impressive jewel collections of all times, and some of history’s most emblematic pieces of the world’s jewellery. From all her Collection, the most written about jewel is probably “La Peregrina” (“The Pilgrim”). This precious pearl was found by a black slave in the sixteenth century in theGulf of Panama; due to this incredible find the slave was granted his freedom as a reward. The pearl was given to Felipe II (Phillip II) by Don Pedro Témez, administrator of the Spanish Colony. The King presented the pearl to his fiancée, Queen Mary I ofEngland, as a gift, she displayed the pearl on many an occasion.La Peregrinadidn’t return toSpainuntil Mary Tudor’s death.

The jewel was later sported by the Spanish Queens at many political events and in numerous portraits during the seventeenth and eighteenth centuries. We can enjoy its beauty in the famous portraits accomplished by Vélazquez de Isabel de Borbón and Mariana of Austria, both of whom were wives of Phillip IV.

La Peregrinaremained as part of the Royal Spanish Treasure until the nineteenth century. It was then that Joseph Bonaparte, after finalising his reign onSpain, took the pearl with him toFrance.

The pearl remained inFranceuntil Emperor Napoleon III took it with him toEnglandduring his exile, where he managed to sell it to the Duke of Abercon. Years later King Alfonso XIII tried, unsuccessfully, to get his hands on it.La Peregrinaremained in the Abercon family’s power until it was auctioned off in London by Sotheby’s in 1969, where Richard Burton acquired it for 37000$ in order to present it as a Valentine’s Day gift to Elizabeth.

However, inSpainthe actress’ side that is truly unknown is her role as a jewellery designer. In the Nineties the actress designed various collections for the Avon Costume Jewellery.

Avonwas founded by a young door-to-door bookseller in 1886, called McConnell. He started by selling books and giving away perfume samples to clients, yet he immediately realised that the perfumes were much more successful than the books and decided to change business and start to sell perfumes.Avonalways maintained its direct sale strategy with representatives all over the world.

In 1920 the company produced a few talcum powders, and little by little started its global expansion and direct sales of cosmetic products. I am sure that all the Spanish, apart from the youngest, will remember the famous slogan: “Dong, dong,Avoncalling”. A broach from Elizabeth’s Collection inspired by the film Cleopatra.

Avon wanted to go even further; in 1979 it brought out its first collection of costume jewellery. It consisted of three pieces: a broach, a ring and a necklace.Avonnever directly made it, as it had various factories subcontracted. Its products always followed a strict quality control and this, together with the collaborations that it carried out with the most famous designers of the time, made this company the biggest distributor of costume jewellery in the world.

It was in the Nineties when Elizabeth Taylor entered to form a part of the Avonteam. Between 1993 and 1997 she designed various collections; however the most successful were the ones that were based on the films Cleopatra, Elephant Walk and The Taming of the Shrew.

Elizabethwas famous for being meticulous and demanding, and we know that she supervised every detail of the design and fabrication of all the pieces that bore her name. All the pieces that the actress designed for Avon bore an “E”. Heart and earrings designed by the actress from the “Hollywood” Collection

In 2005 Elizabeth founded her very own costume jewellery company: “The House of Taylor”, opening shop inBeverly Hillsand opening shares in the Nasdaq market.

All the pieces designed byElizabethatAvonare currently considered to be collection pieces, and their value in the American auctions that specialize in this kind of jewellery has duplicated since the actress’ death.

Were you aware of Elizabeth’s side as a jewellery designer forAvon?

You can enjoy all of her jewellery collections in this beautiful book with photographs by John Bigelow: “My Love Affair with Jewelry”.