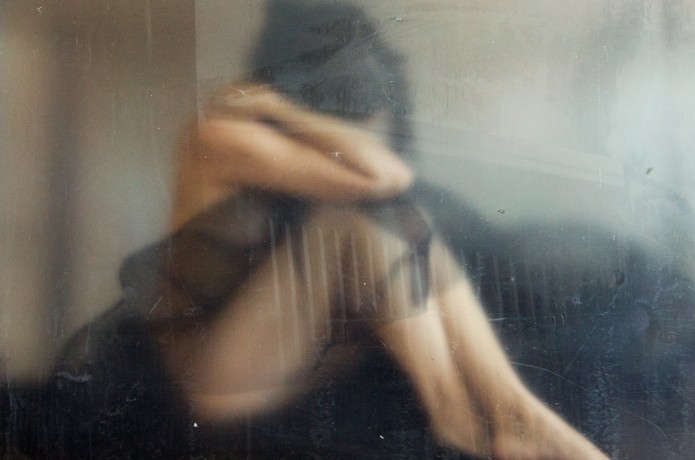 Her name is Esther, but her alias is Ges Rules. She is my emerging photographer for February. When she was born back in 1970, she opened her eyes very widely, like trying not to miss anything from around her… Or at least, that was what her mother and grandmother told her.

When she was 8 years old, she was given a Polaroid 1000 as a birthday gift. However, it wasn’t until she started her career as a graphic designer when she realized her true dream was being a photographer, observing and capturing life around her. I met Esther by chance in a while I was attending a course from David Sagasta. Esther let us use her house to take pictures and I inmediately fell in love with her delicateness. I remember I took her a little basket with fresh fruit in order to thank her for letting us use her house. However, the moment I gave it to her I thought that what I should have brought is in fact a little daisy bouquet… More like her personality.

I started following her work since that day onwards. I’ve seen her grow as an artist over the last two years… Grow a lot. Esther specially does street photo and portraits, two of the disciplines with the same core idea: elegance and tenderness. I bouth her photography “Behind Yourself” through a beautiful project the photographer Carlos Cazurro is developing: “Pictures for Palestine”. This iniciative was launched by a group of photographers who signed over their rights of their images for a given time in order to collect money for Palestines. I encourage you  to follow this project.

Ges Rules is nowadays a contributor with the magazine “Entre Camaras”, the Jorge Pozuelo’s school Fotoaula and has a few photos for sale in Getty and Art+Commerce.

Ges, from now on out you are part of my special photo gallery and also, of my life… “Currently I think without photography nothing would make sense. Photography is what helps me live” (Ges Rules)