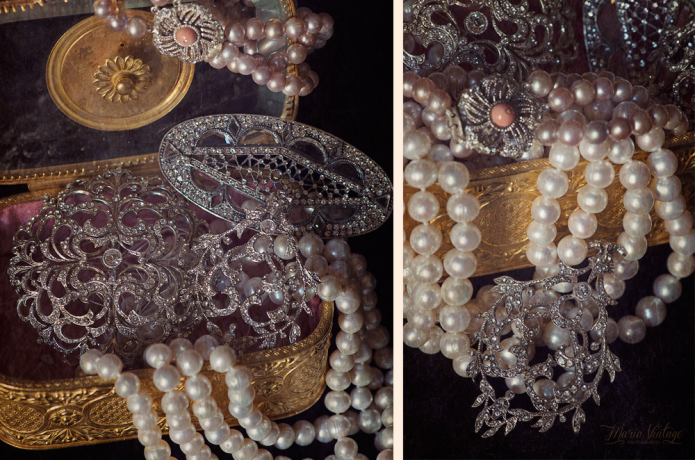 Today, let me talk from my own experience. To me, a jewel is a piece that given its sentimental value is worthy of being considered such, regardless of the economic price of the material the piece is made of. In addition, “jewelry” is to me the art of creating accessories in gold, silver, platinum or precious pearls.

Traditionally jewels have been used by men and women as a distinctive sign of power and social status. Although females are more likely to wear jewels, men also have many pieces to enjoy like cufflinks, rings, bracelets…

The value of a jewel is determined by the metal it has been made of, as well as the weight, the carve, the purity and the colour of the parts on it.

Within the jewelry I differentiate two categories: It’s not the same talking about an ancient hand-made jewel than talking about newest pieces that include a mechanic process in its creation. Back in 1805 Napoleon Bonaparte ordered to Etienne Nitot the design and creation of his own coronation jewels. That was the begining of the jewelry in the 19th century, using totally different techniques. That year accentuated the line between the hand-made art and the modern jewelry. Brands like Cartier, Tiffany, Bulgari and Fabergé opened their first stores in Paris, New York, London and Moscow.  It was the beginning of the most fruitful era in jewels design and fabrication.

Over the 19th century it was common working the 9, 12 and 15 carats gold. From 1850 onwards the machines appeared to help reduce costs. Years after, the Industrial Revolution changed materials and techniques, adding stainless steel, titanium, plastics, fiberglass, ceramic or wood.

Further on we’ll talk about costume jewelry and we’ll try to explain the differences between these two concepts. Very interesting read. We would love to see your newsletter in our in box.