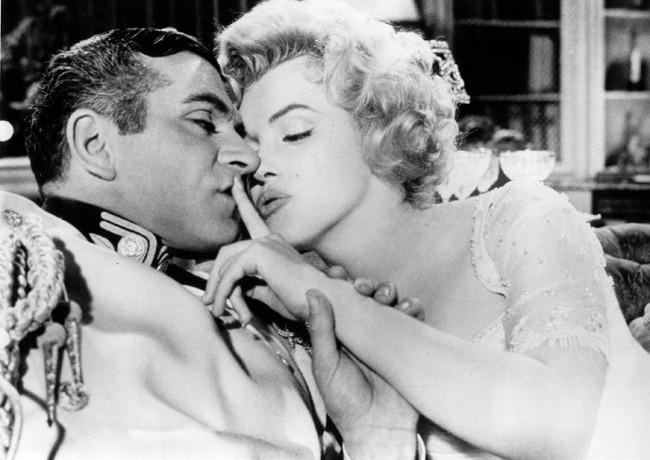 David di Donatello Awards to Marilyn Monroe for her performance. She also was nominated to the Golden Laurel Award for her Top Female Comedy Performance.

Sybil Thorndike won the National Board of Review as the Best Supporting Actress. Once again the fight between high and lower class lets us enjoy an amazing script, where an unbreakable Prince falls in love with a showgirl.

Marilyn, who already felt the excess of her life over herself, does a splendid performance. She is the light in every scene she appears. Laurence Olivier had to deal for first time in his life with an actress he liked a lot, and almost got crazy due to her irresponsability. She used to be late at work, didn’t want to follow his instructions and never ever repeated the same sentence.

Probably because of that the movie is fluid, fresh and audience never perceives all those directing difficulties.

Laurence Olivier said years later: “You couldn’t do anything with that kind of light, it was just imposible… Maybe I was too busy directing back then, so much that I didn’t realize of the huge potential I had by my side; there are moments where she is just wonderful. I think Marilyn was unique”. And I agree. To me this movie and Some Like It Hot are the two best Marilyn’s performances.

If you haven’t seen it yet, don’t miss the chance of enjoying one of the funniest and most casual movies in the classic cinema!