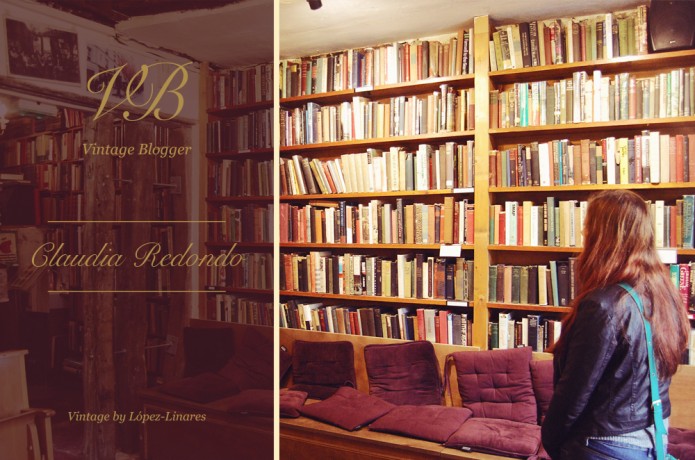 On the banks of the Seine in front of Notre Dame, at number 37 on la rue de la Bucherie: “Shakespeare and Company” is one of the most emblematic places in Paris, and the most famous bookstore in the world. It is also the meeting point for all lovers of literature and bohemian atmospheres.

It is a small bookshop. Two floors with low ceilings, a “small terrace” with two benches and a window display that measures no more than a couple of meters. It is disordered, but it is a cosy type of disorder. The fact of having to walk with care so as not to trip on any books, the worn wooden shelves, the smell of old books, the sliding stairs, and its untidy look distinguish it from a common bookshop to a homely place obligatory to visit when in Paris.

There are books in every corner. There isn’t a single free space. They are in all the window sills, on all the steps, piled on the floor, in wooden boxes and even outside on the street. There are books from all periods: incunables, new and second hand. Also, children’s story books, novels and essays. All in English. Many are sold at very reasonable prices due to the lack of space. All the time you fancy

A narrow wooden staircase takes you up to the second floor. It isn’t only a bookshop but also a library. “From here, the books are not for sale, they are at your disposition for taking and reading for as long as you want” indicates a sign, right next to a space filled with cushions. On wooden stools, on an old green sofa, or standing against a bookshelf.

It is a space totally free for enjoying a book whilst listening to the keyboard of the typewriter or the sound of piano playing, which all complete the peaceful atmosphere. “It’s marvellous, you feel as if you have been transported back in time as soon as you enter”, states Marta, a Spanish tourist who loves her discovery.

There is only one shop assistant who barely moves from the counter. She doesn’t ask if you need help, if you’re looking for something in particular, or if she can show you to the reading section. After a friendly “Bonjour”, the clients are left on their own free will, making you feel even more at home. Perhaps this has something to do with the other surprising sign in the bookshop: “Do not be rude to the visitors, it may be that they are angels in disguise”, a phrase thought up by the creator. From the Lost Generation to the “Beat”

The charm of ‘Shakespeare & Co.’ is George Whitman’s work, who had a clear idea from the beginning that the shop would have a cosy rather than commercial attitude. However, its origins belong to the Twenties, when Sylvia Beach was the owner. During this period, writers from the Lost Generation, such as , Hemingway, Fitzgerald  or  James Joyce frequently visited the bookshop.

Due to the explosion of the Second World War, and, according to what they say,  Sylvia Beach did not want to sell Joyce’s last book to a German official, consequently, the bookshop was closed. In 1951, by the hands of Whitman it resurfaced as a cultural literary centre. It accommodated writers from the “Beat Generation”, the “hippies” of the Fifties.

Its biographers can assure that 40,000 young writers have slept within the walls of what can be considered a literary museum. Sixty two years later, it is a great symbol of Bohemian Parisian Life, and, of course, literature. Article written for our Blog by Claudia Redondo Pérez, a fourth year journalism student at the University of Villanueva and our “Vintage Blogger” of this month.

Many thanks for the collaboration.