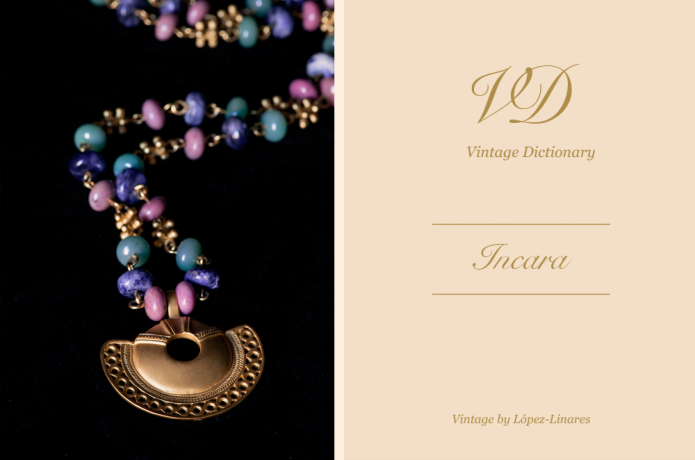 Indian tribes used to make this sort of jewelry with different techniques, depending of the region. The most common material they used was gold or tumbaga (name given by Spaniards to a non specific alloy of gold and copper)

They loved making pendant necklaces, accessories for the nose, ears, masks and so on.

Most of the pieces left are in the Gold Museum of Bogota. The pieces were found in archaeological excavations. Sadly, a huge amount of them were melted by the Spaniards conquerors and taken to Spain as a gift to the Royal Family. Inca Jewelry comes from some regions in Bolivia, Ecuador and the north of Chile. Historians think it lasted from 1200 until the Spanish conquest by Francisco de Pizarro and the fall of Cuzco in 1533.

When the Inca emperor Atahualpa went in 1532 to Cajamarca to converse with Pizarro, was put in jail. Then Pizarro didn’t have enough and hid a huge amount of gold gathered by the Incas to rescue their emperor. That gold also was melted and sent to Spain in ingots.

This jewelry was manufactured only to be given away to gods and the emperor.

Have a look at the images to know better this pre-Columbian art.