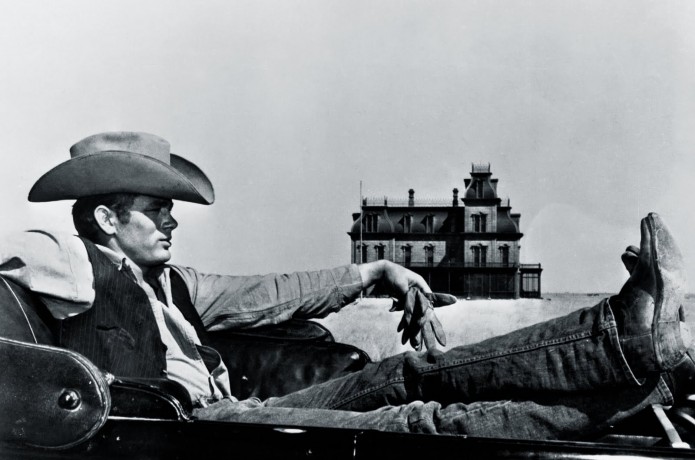 Oscar to the Best Director.

The movie also won many other nominations and awards you can find here: IMDB It was the beginning of the era of big blockbusters. Cinema industry was millionaire and at last after the post-war crisis, there was money to cover all.

Jack Warner decided to produce this epic movie about power, money and the social change, everything because of the discovering of oil in Texas. From the red-neck farmer, who spent the day looking after farm animals, to the much more powerful magnates (equally red-neck guys, though)

The couple in the main role will specially grab your attention. Rock Hudson and Elizabeth Taylor are an unusual pair with a great magnetic attraction over the screen. It’s not weird. They were very good Friends and perfectly knew each other.

This was the last movie for James Dean. He finished his leyend thanks to a role where the insolence and arrogance were his principal feature.

Unfortunately, this huge movie was adapted years later to a small-budget tv series that stole the magnificence of the initial Giant.

This is with no doubt one of the Hollywood blockbuster you cannot miss.