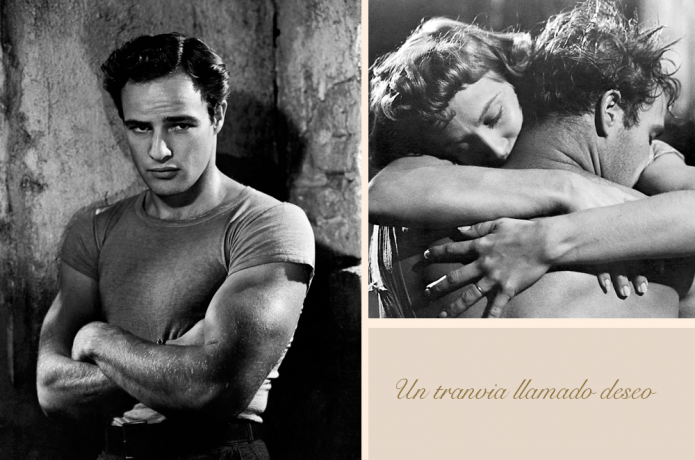 Marlon Brando’s debut couldn’t have been been better. The actor is colossal in his role of a lower-class brute and arrogant chauvinist. He also is challenging, disobedient and his only motivation is to be recognized by his strength and sexual appealing.

His strong personality has been marked by alcohol. To be honest, I started hating this man after a few minutes. His slight for his wife and sister in law’s fragility and vulnerability is totally merciless.

Marlon fights Vivien Leigh, an unstable, weak, fragile and liar woman. Her performance is shocking. She plays the role of a southern lady who lives in a happy past and looks around all the time in need of friendlinss, admiring the beauty of life. The fear in her eyes every time Marlon Brando walks near her seems to be so real that you’ll only feel an inmense pity for her all the movie long. The battle between the two of them becomes in an interpretative duel covered in a non-comparable magnetism. This way Vivian Leigh is the perfect half for Brando. They both make an impressive couple.

It’s imposible to actually see it without feeling a lump in your throat. The film was nominated and actually won many others awards that you can check in Wikipedia.