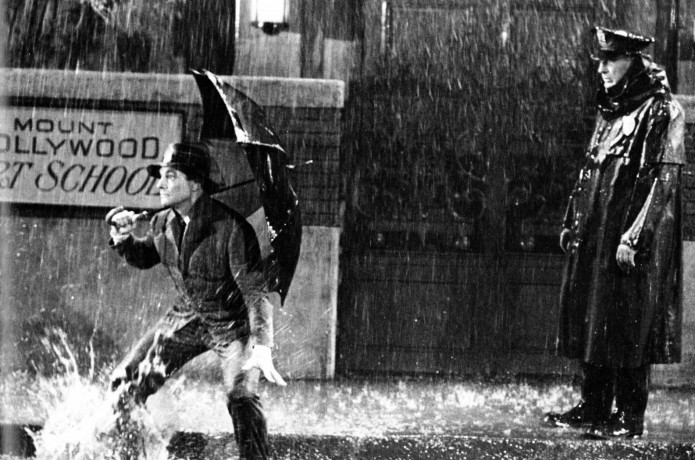 Nominated for 2 Oscars in 1953: Best Actress in a Supporting Role and Best Music, Scoring of a Musical Picture.

Golden Globe in 1953 to Donald O’Connor as Best Motion Picture Actor in a Musical/Comedy.

The movie also won many other awards that you can check in the IDBM website. It’s the best musical comedy of all times. Period. Gene Kelly is sensational. He was perfectionist and demanding both with himself and the rest of the crew. That way he reached the highest level on the cast performance.

He also was much more atlethic than Fred Astaire, and his scenes are just spectacular. It’s also worth the mention of the amazing cast that joined Gene Kelly: Donald O’Connor makes an excellent performance making us laugh out of loud and the very young Debbie Reynolds perfectly knew how to accomplish the hard role she had to perform.

Some musical scenes you can’t miss: “Makeemlaugh”, “Mosessupposses”, “GoodMorning”, the spectacular legs of Cyd Charisse and of course, the show star in the movie: “Singin’ in the rain”.