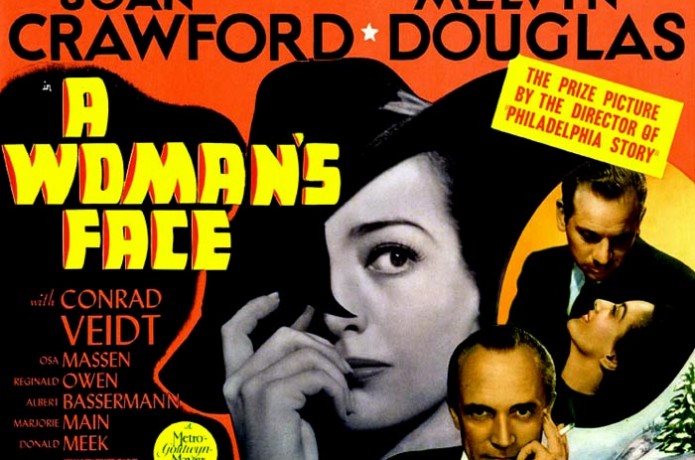 This film most probably relaunched Joan Crawford at a moment when her career was in decline. The youngsters were appearing on the scene (Lana Turner, Judy Garland, HedyLamarr…) and, although her rivals (Greta Garbo y Norma Shearer) wouldn’t make any more films, the roles didn’t stop coming.

In fact, they offered the part to Greta Garbo before her, but Garbo turned it down.

With the exception of Mildred Pierce, A Woman’s Face is, perhaps, Joan Crawford’s best performance. Not only due to her amazing acting skills, but also because, for the first time, the actress had to face the hard task of changing the character’s personality completely.

The dual confrontation between the good and the bad. Joan Crawford passes from the most absolute evil provoked by her appalling hideousness – “This is a result of what men have done to me”, as she says at one point -, to the most charming being on earth. All this happens without changing her simple and discreet style and wardrobe content. A simple pencil skirt, and a dark sweater are practically the only things that the star wears throughout the whole film. Nothing distracts one away from her impressive beauty.

If she already had an aura of a movie star, this film and (thanks to her), the ones that followed it, made her into the Olympus of the Goddesses of cinema. She became the “Queen of Drama” by her own right.