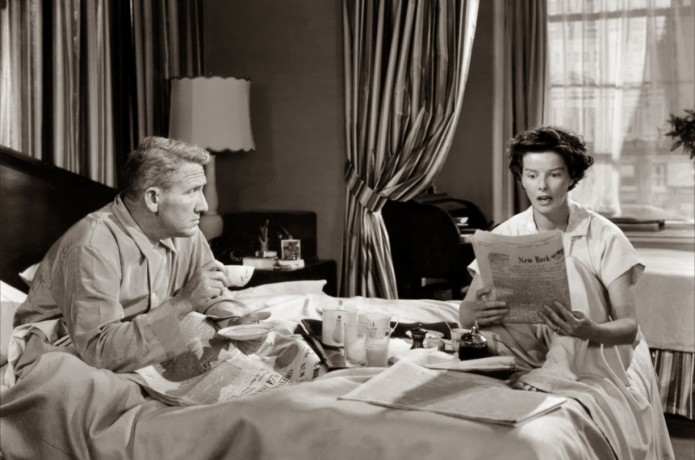 Nominated for the Best Writing, Story and Screenplay Oscar in 1951.

Nominated for the Best Supporting Actress Golden Globe in 1951.

It won the award of the National Film Preservation Board in 1992.

Nominated for the Best Written American Comedy award by the Writers Guild of America, USA in 1950 and 1951. I couldn’t wait to watch it again!

You’ll have the feeling of floating after watching this film. The taste in your mouth will be so good that you won’t want it to finish. At least, that is what happens to me each time I see this couple acting together. In this film they are sublime!

They are funny, ironic, racy and over all clever.

The comedy is a sparkling approach to the eternal battle of genres. Maybe no other movie in the history has represented so well the women fight to achieve a position into society the same way men always had.

Over 50 years have already past and the film is still fresh like back then. It’s possible that in the moment it was shot didn’t get as many prizes as deserved precisely because of that, because of how delicate was the matter. The quality of the script and the extreme importance of the subject still today make it a movie that you’ll never be fed up of.

The main couple, maybe the most solid and convincing one in the history of cinema will lead you from one scene to another very comfortably. Then you’ll be looking forward seeing them acting together again. You’ll wish being part of the complicity between them once again.

Because the most remarkable thing about this film is, with no doubt, the final fight, where no one loses but all win.