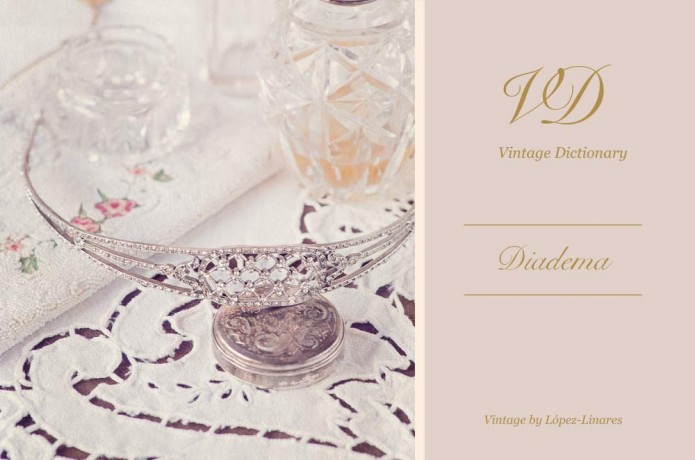 According to the legend, the Greek Dionysus was who first invented the head decoration called nowadays band. Actually the word diadem (as a band synonym) comes from “diadein” (old Greek) meaning “to bind around”.

Before the metallurgy evolution a few old civilizations like the Etruscans and the Scythians used to make wreaths out of flowers and leaves to adorn their heads.

Over the years their skills and techniques evolved to change their temporary flower wreaths for other bands more crafted and long-lasting. Nowadays flowers on diadems remind the ancestral meaning of diadems.

We nowadays distinguish between tiara and diadem, its origins are the same though. A diadem is an open ring stuck to the head used mostly to keep the hair out of the face. The tiara instead goes upper and depending on the size, dess up better in the front side of the head.

Although it’s said that during special events some men used to wear gold diadems in the old times, this kind o jewel is more usual among women.

Today we can find diadems made in plastic rimmed, metal, gold or silver. The first group are usually worn as a head-dress decorated with feathers, felt or even laces in different colours. On the other hand tiaras, usually made in gold, silver or precious and semi-precious gems are worn in very unique moments and weddings.

The diadems I’m using to illustrate this post have been made in silver and zircons, with glaze and freshwater pearls.