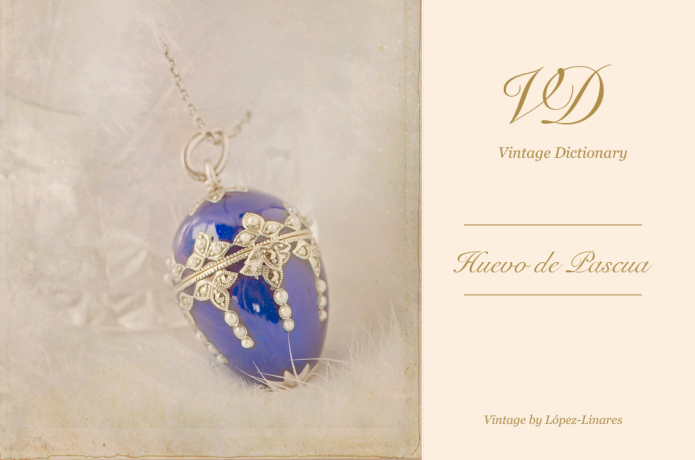 A “Huevo de Pascua” (Easter Egg) is a unique jewel for exhibits made by the Russian jeweller Carl Fabergé. Those eggs were made in gold, glaze and precious stones.

By Easter in 1883, Tzar Alexander III ordered to the artisan jeweller Peter Carl Fabergé a very special egg to give away to his wife, the Tzarina Maria. The eventual gift was an egg with a Shell in platinum that had a smaller egg in it, this time in gold. This last egg had inside a hen in miniature wearing the Russian Imperial Crown. The Tzarina liked it so much that Alexander III ordered Fabergé to make a new one every Easter. In total, Tzar Alexander gived 11 eggs to his wife. Then, his son Nicolas II kept this tradition ordering more eggs to give away to his wife and mother.

The 57 eggs made by the Fabergé House had a little gift inside: a replica of a Tzar’s belonging.

Lately a Fabergé egg made under the order of the Rothschild family reached a price of 18 million dollars in an auction in the Christie’s House in London.

The surprising anecdote heppened when an American scrap dealer bought with no knowledge one of those eggs: a jewel carved in gold and decorated with diamonds and zaphires ordered by Alexander III as a gift for his wife, the tzarina Maria Feodorovna in 1887. The merchant bought it in a street market with the purpose of selling the gold by weight. Afortunately he couldn’t do it since nobody paid as much as he did to buy the piece. Over the years, thanks to the Internet, this man found the origin of the piece and decided to travel to London to sell the jewel for the breath-taking amount of 20 million pounds.

Here’s the link to this incredible story: Dailymail.co.uk

We have miniature replicas of this jewel. They are actually among the most liked in our space!