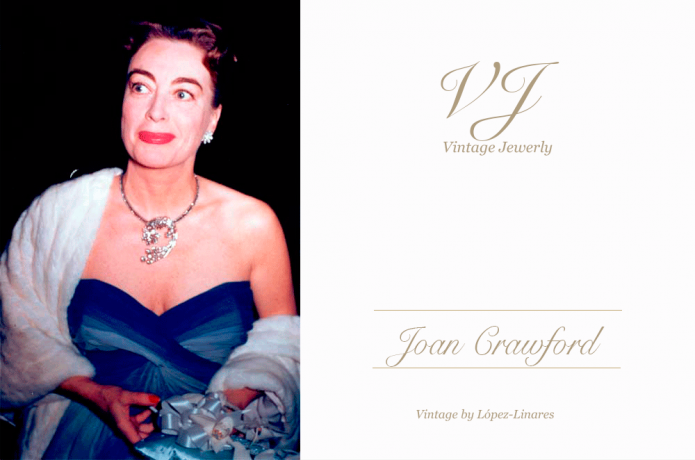 Most of the Joan Crawford’s jewelry collection was auctioned right after her death. Although other part had already gone before she left us, Joan Crawford kept her most loved pieces (not the most valuable though). This collection is mostly from the decades 30, 40 and 50 (20th century) when the style was daring and the trend was to wear big pieces with huge ornaments.

Among al her pieces let me highlight the following: Her carisma, feline eyes and her ability to play dramatic roles made her one of the biggest stars in Hollywood.  She deserves to be part of our biggest jewelry collectionists.