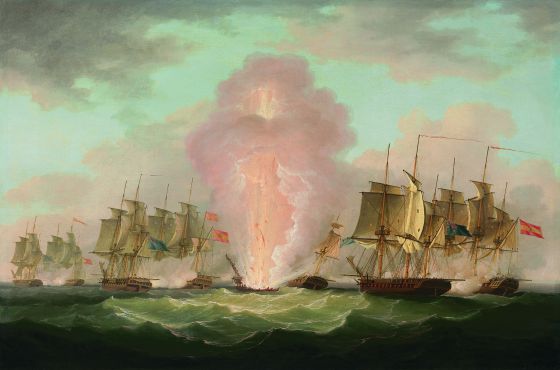 The Frigate “Mercedes” has finally arrived to port… To a free exhibition that your kids will love. So if you plan coming to Madrid in October, don’t hesitate to pass over the rebuilt Archeological Museum in Madrid. A recommendation for the whole family!

This show pays homage to all those who died that October 5th back in 1804, when a Spanish flotilla (group of small war ships) came back from Peru       loaded with very valuable merchandise and coins meant to recover the empty chest of the Spanish Government. Over half of a million gold and silver pieces, cocoa, vicuna wool among other things were some of the goods that this flotilla kept safe within them.

Suddenly, even though that was a peace period between Spain and England, an English fleet assaulted the Spanish ships. The Frigate Mercedes exploded a few minutes after the attack, and sank to the deepest Ocean in front of the Portuguese coast.

This story had an inmediate consequence: the end of the peace deal between Spain and England, and was the prelude of the Trafalgar battle.

But that wasn’t the end. The grave of those 200 brave souls who died that day along with the precious merchandise was sacked in May 2007 by the American treasure hunter Company Odyssey. After a few years in court in the US, Spain won this battle and the heirs were given all back, which was a precedent in the defense of the Underwater Archeological Patrimony. The exhibition goes over much more than just the facts that sadly happened that day, but about how that day affected the history of Spain. It also defends how important is to keep and guard the files of the History in every country. The Spanish Government used files from the Naval Register to win the fight against Odyssey.

But what I consider even more important… With this story you understand how crucial is to guard our Cultural Patrimony that should always prevail over particular finantial interests.

I hope you enjoy it as I did!