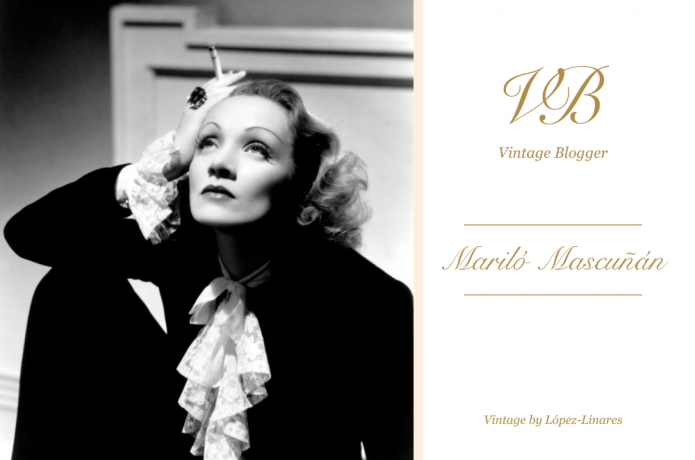 Saska de Brauw, as the image of the Saint Laurent S/S 2013 campaign for men

Each season we hear the same: the masculine style is a trend. And it is a trend indeed. We’ve been hearing this year after year, and it’s always been trendy.

When we know it’s a style that doesn’t fi tinto a given trend, then it’s a style that remains, never old-fashioned. Although it’s also true that some times it may be taken to the radical extreme and some seasons we see it everywhere. That much that we could end up hating it. I don’t think so, though.

The Woman start expressing herself with masculine attire during the Great Depression among 1873 and 1890. They used to wear then the tailor jacket (with militar influence), although over the corset and also wearing a skirt.

The moment also coincided with the women audacity of taking part in a few sports tipically masculine like ride a horse or a bike, always wearing their men-inspired tailor jackets (very feminin in the style though). They even used to wore them as an usual clothes. (The “Father of the Sewing” Charles Frederick Worth also helped this piece of clothe to be famous) Charles Frederick Worth, ca. 1890. The Metropolitan Museum of Art. However, this fashion really appeared as a both-genres style by the beginning of the 20th century, when women started their walk to liberty and social autonomy. It was then when they totally rejected the corsets and other feminin clothes.

We’ve seen it since the Vienna School with the secession movement: Vienna Secession in 1897 thanks to Gustav Klimt and the liberal movements. Although it won’t started being successful until 1908, the real success was in the 20s and 30s with huge and exceptional references like Coco Chanel, the first wearing pants (the amazing novelty). Coco Chanel in 1912, wearing to attend a gala with a curious suit based on a wedding page. Coco with her friend Vera Bates, wearing the Westminster’s suits.

Louise Brooks during the 20s. Marlene Dietrich with a “tuxedo”, a therm used both to name a frock coat or a dinner jacket. She’s also wearing a top hat, a bow tie and a vest. She was dressed by Schiaparelli in 1928. Photographer: Alfred Eisenstaedt for the Life Magazine. Katharine Hepburn from the 30s and the rest of her life. It’s been said that Yves Saint Laurent was the designer of the first dinner jacket for women in 1966: However, it’s clear Elsa Schiaparelli overtook him in 1928 to dress Marlene Dietrich. For most of the women and as a real fashion trend, it was Yves Saint Laurent’s design the first one though.

“I want to find for women the equivalent to the masculine suit” Yves Saint Laurent.

This “trend” kept going on during the 70s, 80s… Up to this moment. It never disappeared. We still keep it from the begining of the 21st century. You have the most recent samples in the Stella McCartney’s Spring/Summer Collection in 2013. Her style is very 80s-inspired, with shoulder pads. It’s not the first time she designes this kind of jackets, though.

This post has been written by Marilo Mascuñan. She is a designer and Design Teacher. Follow her work in “Como Vestimos”, her most personal blog.
Thank you very much for her contribution in our section Vintage Blogger this month.”