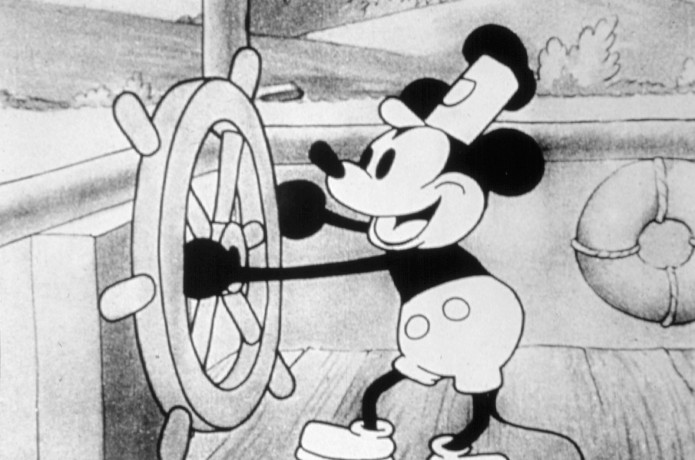 Last 18th of November Mickey Mouse turned 85 years old since Mr. Walt Disney and his partner that time Ublweks created the most likeable cartoon celebrity. This iconic character played his first role in a Black and White short movie called “Seamboat Willie”, released that day back in 1928… From then onwards, Mickey Mouse would be one of the most well-known Disney’s characters.

He also is probably the cartoon carácter linked the most to the legendary animation films Director Walt Disney who even gave him his voice in the beginning. This short movie with sound was released firstly in the Universal’s Colony Theatre of New York. The famous auditorium had been open its doors and it was the first theatre in history to show a film with sound… With our little mouse as a main character! It was such a success that Mickey will soon turn in the most famous Disney’s character, an animated icon that never will die. It was something worth to be remembered. And that’s what Disney Cooperative wants to do today: Commemorate the birth of their greatest creation.

What they’ve done to celebrate is first get Mickey’s appearance back to the beginnings with Ublwerksle’s drawings as references. Basically they’ve given Mickey a look much more vintage! With this restyled little and retro mouse, Disney has produced 19 short movies for Disney Channel and the Internet directed by Paul Rudish.

One out of them, Get Horse, is a loving memory of the very first Mickey’s appearance mixing the latest 3D techniques with the classic and retro look of the character. You’ll be amazingly suprised when realice the story is told by Walt Disney himself, thanks to a complicated sound editing.

I can’t really wait to see this re-make. I’m totally sure it will bring me back old memories from my childhood!