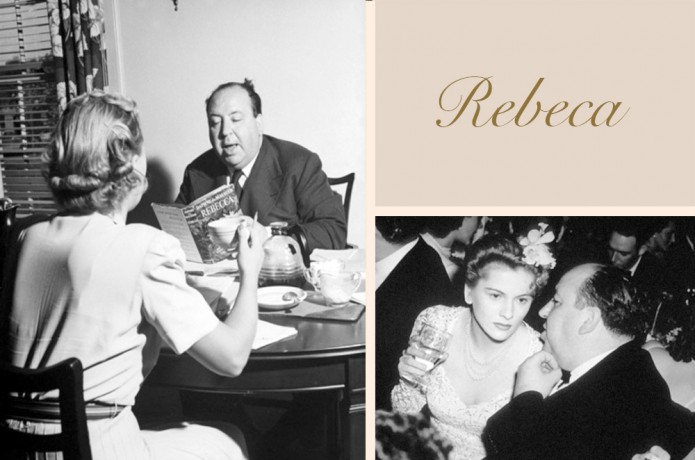 It is an incredible film, and together with “Jezabel”, of which I spoke to you a few weeks ago, it is the film that has most surprised me until now. I saw it already some time ago, however, the truth is that I hardly remembered anything.

It is clear that I am becoming increasingly hooked on classic cinema with every passing day, and I never thought that I would enjoy this project so much.

My brother Angel, who you know is a watchmaker and holds a great love and knowledge for classic cinema, says that for him, this is Hitchcock’s best film. It is even better that “Psychosis”, and I think he is completely right.

It is fantastic to see how the director moves Joan Fontaine, the poor thing acts awkwardly in a huge mansion where everything is just far too much for her. It is an impressive residence for being a made up model, seeing as they didn’t find an adequate location to make it in the whole of the United States. I think that if they’d filmed the movie in England, it would have been much more simple for them to find a natural setting for the film. I have seen mansions there that would have made the perfect “Manderley”, the place that hypnotises you in the film’s first scenes and brings so many misfortunes to our star.

Joan Fontaine played the impeccable part of the faint-hearted, fearful, and nearly terrorized Mrs. De Winter. I would say that it is her near dread at having to confront the frightening Mrs. Danvers, that makes this binomial the film’s key to success.

Mrs. De Winter, a woman that lives in the past where the previous Mrs. De Winter filled the gigantic house with light and optimism. The new Mrs. De Winter lives a life hounded by hate, evil and envy. Rebecca becomes the third star of the film, managing to give the sweet Mrs. Danvers sleepless nights without even being present.

It is a cinematic masterpiece, infused with gloomy Hitchcockian atmosphere, where every scene is a surprise. The two main stars, Joan Fontaine and the evil Judith Anderson, give a magnificent performance and surprising ending.

I invite you to spend an afternoon of classic cinema with Rebecca, and for you to then tell me your impressions! I leave a few memorable scenes: