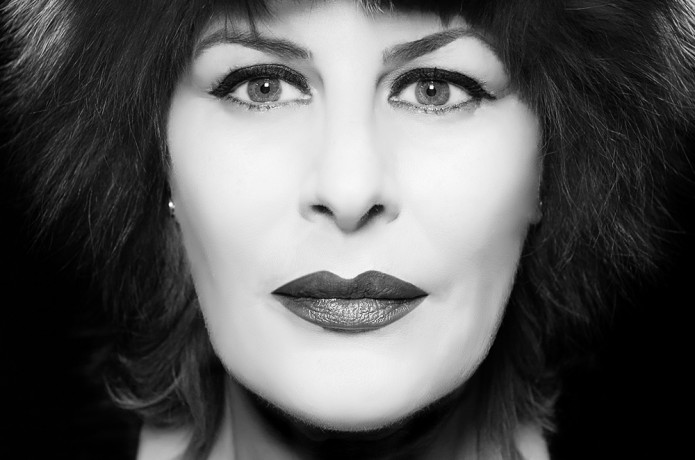 One more month with my project “The Magic Lens”. Time passes by so quickly!

Our protagonist this month has been my friend Araceli Calabuig who chose Richard Avedon as our master photographer to replicate in July. And Monica Giannini has been one more time my adorable model. Without her this challenge wouldn’t have been possible.

Richard Avedon was the photographer who made us witnesses of 70 years of history. He was a revolutionary fashion specialist who made his models myths of the history. After his work, fashion photography never was the same. The best fashion magazine are inspired in his artwork yet today.

From his life’s work I choose the elegance and essense of his portraits. He knew how to suprise with something that looks so easy like having someone posing with a white background. Hamphrey Bogart, Marlon Brando or Marilyn Monroe were some of his many models.

I’ve read the way he used to get the essense of his protagonists was easy and very effective at the same time: exhaust them, not only psychology but also physically. Sometimes, over four hours of work in front of the camera was enough for the model to show the real personality.

Richard Avedon was a great artist able to surprise not only by capturing the luxury and glamour. His work with social class injustice has been the cover of many newspapers worldwide.

Richard Avedon passed out in October 2004 as a result of a brain hemorrage he had when he was working. From then onwards he has been beating records. One of his photographs, the most emblematic, was sold for as much as 840,000 euros a few years ago.

Let me show you now the images Monica and I selected and copy, during a very hot summer evening. A white background, a non-stop spotlight and a huge wish of learning and learning… I hope you like them!