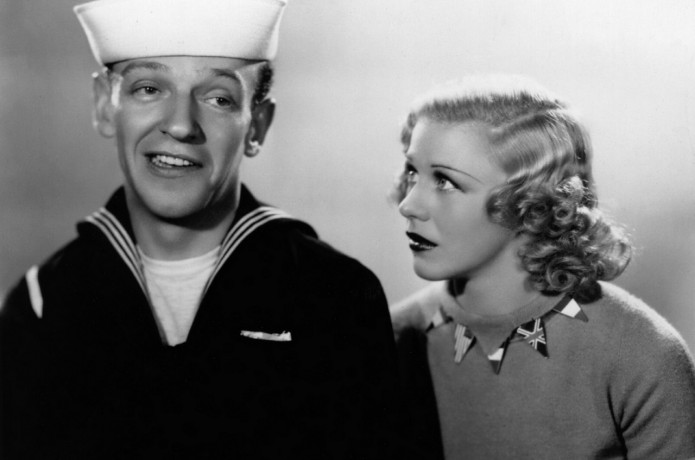 Nominated for one Oscar in 1952: Best Music, Original Song. In my opinion it’s a classic music with an impressive production.

It’s probably the movie that pushed Fred Astaire up in fame worldwide. He was claimed as the best dancer ever in Hollywood. Actually there was people who even believed he was able to fly.

The scene I’m referring to it’s the mitic momento when Fred Astaire, who starts dancing down in the floor ends walking through the ceiling like a magician. The whole scene was perfectly developed and edited, specially taking into account the moment it was shot, when visual effects were not easy at all.

Fred Astaire convinced everyone that cinema from the mid 20th century is the kind of spectacle everyone wants to enjoy in a film. He also shows again he has a special skill for dancing with an exquisite elegance. He did so not only in the famouse scene we’ve been talking about but in the boat addressing England. Or, why not? That scene where Fred Astaire dances with the famous coat stand, almost as famous as the rotating room.

If you like musicals and dance, those three scenes are really worth it so is the movie itself.

In this video I’ve found for you it’s easier to understand the way they shot the scene in the rotating room.