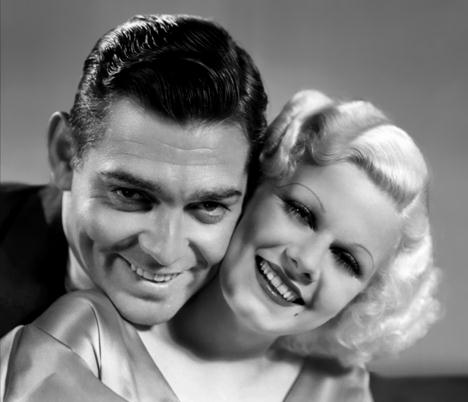 Jean Harlow died on the 7th July 1937; the actress was born into the heart of a middle-class American family, daughter of a dentist and of a housewife, she was converted into American cinema’s first “Blonde Bombshell” of the Thirties and an authentic sex symbol, much before Marilyn acquired her world fame.

Jean’s mother was so protective that their mother-daughter relationship was nearly converted into something unhealthy. Following her parent’s divorce, her mother managed to obtain custody over Jean who would not see her father more than once more during her life.

Her mother used to call her “Baby” instead of by her forename. This ended up confusing the young girl so much that she didn’t know her real name until she started school.

Jean was famous for completely ignoring the strict American morals of the period. Some of her most famous sayings:

• “I like to wake up each morning with a different man”

• “I find underwear uncomfortable and besides my female body parts need to breathe”.

• “I am not a born performer; nobody knows that better than I do. I may have hidden talent but I also have to work hard, listen carefully, repeat everything over and over again until I manage to get through a scene” 19 curiosities about her short career: At Vintage by López-Linares want to dedicate our June Icon to Jean Harlow.

She was Marilyn’s favourite actress, the true icon that inspired her, the one that she copied and admired throughout her likewise short cinematographic career.

So deep was her admiration for her that she was her inspiration during her whole life. I think that this fact helped Marilyn become and stand out as the icon from amongst the others icons.

Sequence from her last film “Saratoga”

In this sequence we can see how the actress Mary Dees substitutes Jean without letting her face be seen.