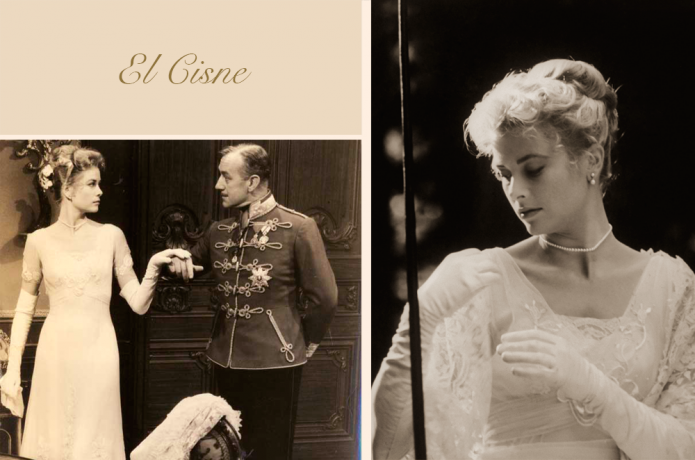 No awards or nominations. Exactly. The movie was released just two days after the royal wedding in Monaco. The purpose was to get the most out of the ceremony to make the film successful in theatres.

Like in a fairy tale, the film producer MGM predicted the royal position that the future princess of Monaco would actually be performing a year later.

The movie introduces Grace Kelly to the world as the princess of America. She had just won an Oscar and the producer was very proud of her. That’s why she was extremely pampered by MGM.

With the tone of a romantic comedy, the movie is about the many attempts of the Queen Maria Dominika in order to get her beautiful daughter (Grace Kelly) married with the future King Albert (Alec Guinnes)

I have to admit I laughed out of load while watching it, specially during the first half of the movie thanks to the enjoyable character Princess Beatrix. Her role of an adorable but also distracted unmarried uncle is really lovable and funny at once.

No need to say Grace Kelly makes a wonderful performance in her role of the future princess… A cheerful, well-mannered, sweet and refined princess-to-be. Although her character is over all smart and distinguish.

I’ve included below the funniest scenes of the movie along with a picture taken by the photograph Charles Vidor who, at least to me, perfectly achieved to show Grace Kelly’s elegance to the world.

A beautiful movie….and despite getting great reviews from the critics, the film could not hold up to the “real” Princess Grace and with all the news about the wedding, it was considered a disappointment at the box office.

oh…and you can get a further taste of Grace Kelly and her other movies here: http://www.beyondgracekelly.com/movies/