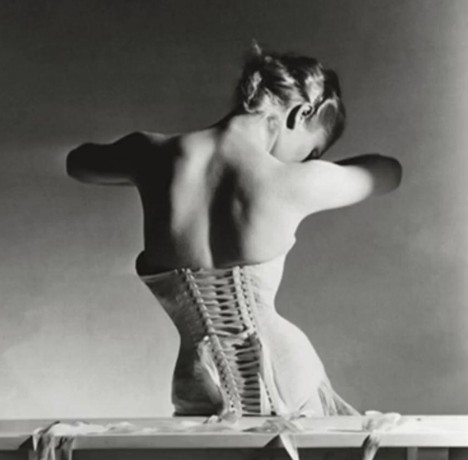 Its history begins at the end of the Nineteenth Century and it is known as the fashion bible.

Vogue magazine was born in the United States in 1892, founded by Arthur Baldwin Turnure. At the beginning, the gazette was weekly and was run by a New York aristocrat. Turnure contracted more staff with high social statuses than staff with actual literary talent. In that period the magazine was designed for a female and male readership, publishing news about sports, performances, books and music…

Only two copies of the first edition survive, currently they are to be found in the Vogue archives. The magazine has its own digitalized archive, which can be accessed by an annual subscription through the following link: Vogue Archive In 1909, following the death of its founder, a young businessman from New York by the name of Conde Nast took over the weekly gazette. Conde Nast had graduated in Georgetown and, unlike the magazine’s previous owner; he immediately became aware that the magazine’s income had to come from its publicity and not from the sponsorship of some successful businessman.

Nast was a publicity and sales genius. In 1910 he decided to covert the publication to bimonthly and focus on the world of fashion. In order for the magazine to target a predominantly female public, he looked for the best photographers and illustrators of the time and put them to work at his side.

The magazine was first published in England in 1916 and in France in 1924. The Spanish Edition would start in the Eighties. Currently more than twenty countries in the world have their very own edition.

In 1913, with the arrival of photography and under Edna Woolman Chase’s management, the magazine’s chief editor until 1951, the magazine would be reinvented on various occasions and the readership would increase by a great degree.

By having previously worked in Home Pattern, Nast boosted the magazine’s sponsors section which then acquired a tremendous popularity. Even Eleanor Roosevelt, in interviews, admitted to having used Vogue’s sponsors for both herself and her children.

Nast died in 1942; however he had already converted Vogue into what it currently is: the most glamorous fashion magazine of the Twentieth Century. The magazine would carry on in the hands of the Conde Nast Cooperation, which is where it continues today.

From 1952 until 1962 Vogue would receive a new format under Jessica Daves’ direction, a re-launch and many other novelties. It was Irving Penn’s recruitment that motivated this great change. Penn reinvented and modernized fashion photography. He would almost always resort to natural light, eliminating all superfluous elements and maintaining fashion in the limelight.

From 1963 until 1971 Diana Vreeland filled Vogue with a theatrical nature, orientating the magazine much more towards the fashion world and dedicating many more pages to clothes and accessories.

Grace Mirabelle (1971-1988) was to arrive afterwards. During this period the magazine would convert to a monthly publication, reducing its size in order to adjust it to the mailing standards. Mirabelle orientated the magazine more towards lifestyles than to fashion. Currently, and from November 1988, the magazine finds itself in the hands of Ann Wintour. The first great change that Ann introduced was to show the model’s entire bodies on the front covers, opposing what Mirabelle had done my only displaying their faces.

Model’s entire bodies, the outdoors, natural light, little-known models and a mixture of low cost clothing and top designer pieces, these were Ann’s trademarks at the beginning.

Ann Wintour is currently one of the most powerful women in the fashion world; she has an astronomical wage and a generous benefit at the end of the year.

It is rumoured that the film The Devil wears Prada is based on her own character: arrogant, perfectionist and tireless.

Vogue is undeniably the most influential fashion magazine, and I don’t believe there to be a single woman in the civilized world that has not had a copy of the magazine in her hands at some point.

If you would like to find out more about the exciting history of this emblematic publication, you mustn’t miss out on acquiring a copy of “IN VOGUE”, a book by Norberto Angeletti and Alberto Oliva. It is a look into the magazine’s fascinating history. The work is illustrated with hundreds of covers designed by hugely important artists and images taken from the pages of the magazine published during more than 100 years.

The two authors worked on the project for five years, managing to produce a unique book. The book tells the publication’s story throughout its lifetime of 115 years and the influence that it has had, and still has, on culture, photography, art and journalism in general.

The Book: IN VOGUE

The Bok on Amazon: IN VOGUE ON AMAZON