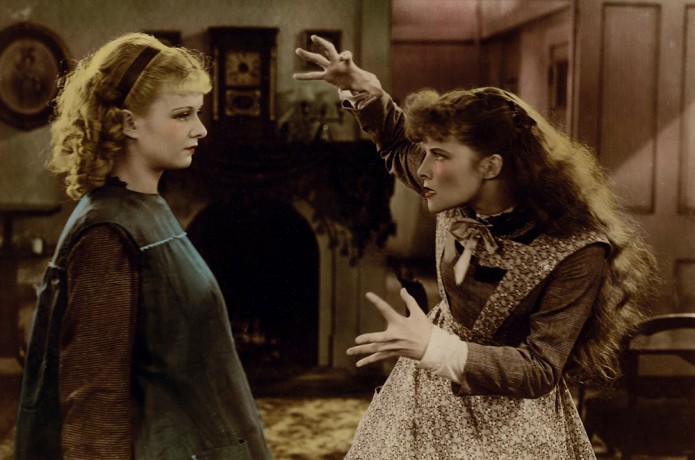 A film about the adventures, projects, desires, aspirations and affairs of four sisters and their mother, who all fight to keep positive despite their poverty and absence of their father, who is fighting on the front with the Union Army.

The vain but rather selfish Amy; the shy and sensitive Beth; the jealous Meg and the valiant, shameless and daring Jo; together with their mother, and their fierce and wealthy aunt March, the four sisters form a model family. George Cukor masterfully adapts the work of novelist Louisa May Alcott. In my opinion, it is the best adaptation of all that have been made up till now. It is a film that speaks to us of love, generosity, coexistence, respect, suffering…. however, overall it tells us a tale of family, childhood and the importance of values such as honesty, generosity and tolerance. Values that, if you learn about and receive them from a young age, the acts of giving and sharing will come to you more naturally, and make you happier when you finally reach adulthood. Values that are being lost with increasing frequency nowadays.

It is a charming story in which the superb interpretation of a very young Katharine Hepburn can be put in the spotlight. Only to see her in this role already makes the whole film worthwhile. She is the motivational soul of the story and, I would even dare to say, she represents her own personality. She is tightly attached to her role as Jo. As her beloved Professor Bhaer would say: “A free spirit”. A fighting, fun, dreaming, and above all, brave woman, capable of breaking the strict rules of the American Society at the time.

George Cukor manages to create a film of great visual beauty with an impeccable setting. The photography is by Henry Gerrard and it was to be one of his last works before his death. Little Women is a film that reaches our most sensitive side. It will make you laugh, and if you are as emotional as me, it will also make you cry. The film received an Oscar for the best adapted script (1934). It was also nominated for best director and best film (1934).

It was awarded for being one of the best ten films of 1933 (National Board of Review).

Photoplay Awards of 1933: Medal of honour for David O. Selznick, Merian C. Cooper and Kenneth MacGowan for the production. The Photoplay Awards was one of the awards given by the Photoplay magazine. They only had an award for best film of the year and it was voted by its readers. The medal was made from Gold and it was designed and made by Tiffanys. It had an enormous influence on the decisions of the Oscar Awards, until 1934 when interest began to decrease. In 1939 it disappeared from the scene.

Nominated for the Mussolini Cup for best director: George Cukor. Would you fancy watching it with me?

I leave you with: