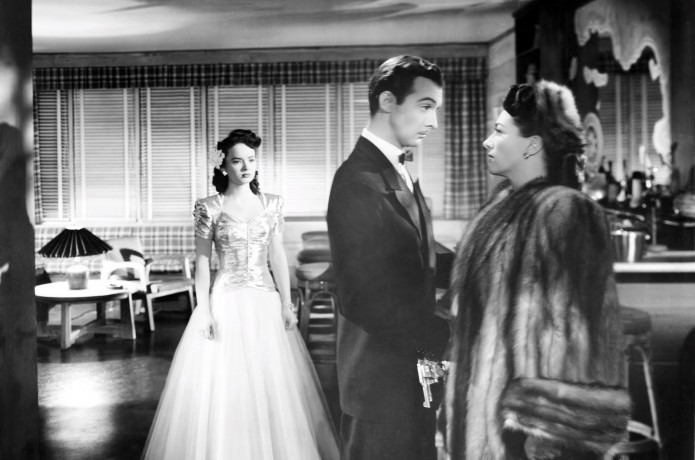 I had not seen this film before. I think it’s one of the few titles from the list of 52 films I have prepared of which I had no reference whatsoever.

I have read in numerous specialized blogs that this is Joan Crawford’s best film, her best interpretation and the climax of her acting career, without belittling her other titles such as, A Woman’s Face or Whatever Happened to Baby Jane?. I think they have a point. It is certainly my favorite Joan Crawford performance until now. It is, therefore, with good reason that she was awarded the Oscar from the Hollywood Academy.

The film is a profound reflection of how bad family upbringing can affect a person’s formation, destroy them for life and make them a miserable human being. The interpretive duel between a mature Crawford and her perverse young daughter, played by Ann Blyth, is impressive. Theirs is a destructive relationship between a suffering mother and her devouring, selfish and blood-sucking young girl.

Ann Blyth gives life to a beautiful but hateful young girl, and her interpretation is so fabulous that on more than one occasion you feel like going through the screen and punching her, something which her mother fails to do. The film tells us a tale of women, and of their lonely struggle to move forward after a divorce.  It also shows their tireless fight alone, and their quest to push their children through any hardship whilst ensuring they have everything they need. The women forever think about their children both before and after they think about themselves.

This is a film, like no other, that represents the hard sacrifice forced upon the majority of American women in a time in which the war took, and in many cases never returned, their husbands, thus loading them with all the responsibilities of taking care of the whole family’s survival. A very well-deserved Oscar.