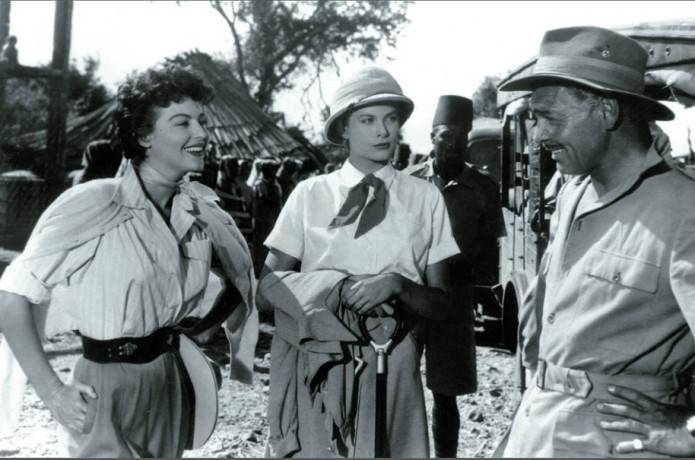 Love, infidelity and jelousy… The jungle makes the man wilder. With many of the greatest stars of the time, the master of masters John Ford takes us to the African jungle with a trio formed by two women and a man.

A visibly older but handsome, brave and seductive Clark Gable competes under my opinion with Ava Gardner to win attention. Ava is marvellous in her role, showing off femininity, friendliness, slyness and a lot of sexual attraction. A beautiful wild cat who becomes in the undeniable main character of the movie, opposite to the boring and naive Grace Kelly. No wonder why she was known in Hollywood as “the frozen fire” Ava eclipses the rest of the stars. She is superb in her role.

I’m pretty sure the photography that Robert Surtees catched was surprisingly amazing for that epoque. The tour he does across the African jungle left open-mouthed to many of the viewers back in the 50s. I choose Ava, with no doubt. I really think she deserved to win an Oscar with this acting, although that year the Oscar went to Audrey Hepburn and her Roman Holyday.

Images of the main characters in the Kenyan reservation where part of the film was shot. Very interesting!