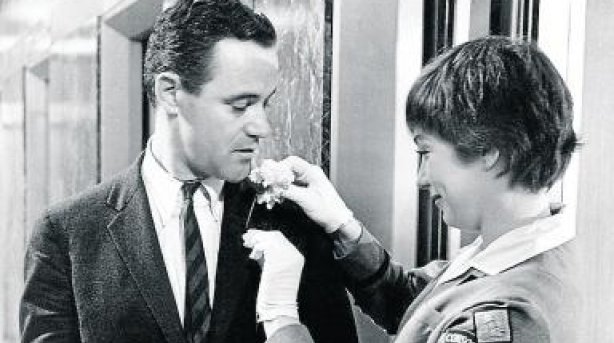 Here’s one more master piece from Wilder. His success was overwhelming by the time. In this case, a fool who was the accountant in a powerful Company gets help from his boss who allows him to go to his appartment  for trysts.

However, the appearance of Shirley MacLaine in the scene changes all plans. Jack Lemmon, who used to do roles of “poor but honest men” does a brilliant performance turning over the typical lonely man role, that man who lives in a society where materialism and economic power are over people feelings.

But love finally is what turns the grey man into the bravest among the brave men.

Wilder plays once again with human emotions, laughing out loud and making us laugh out loud.

One more comedy you shouldn’t miss…