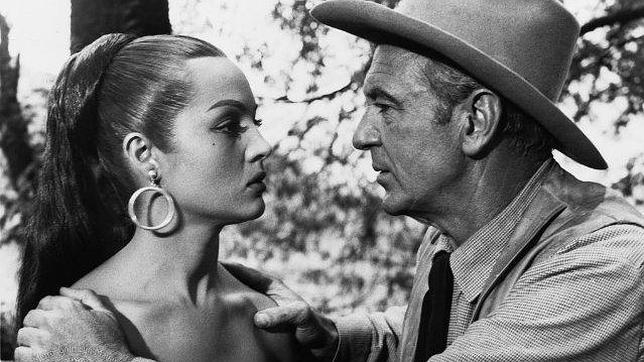 I’m not the kind of western fans, but when I got the list of vintage movies to review I thought I couldn’t leave aside our Spanish most well-known and international actres before Penelope Cruz.

Sara Montiel is very beautiful and really shine in her role as a young Mexican who lives thanks to little robberies. With no doubt, Sara eclipses the rest of the women stars of the movie and becomes in the true main woman character of Vera Cruz.

The film is really entertaining. I was surprised of Gary Cooper not doing a role as the good boy, although he isn’t the bad bad boy either. To be honest, I liked him better than Lancaster and he is the perfect half for Sara Montiel.

Lancaster, with his usual cynical and sarcastic style plays the role of a very common thug.

Back in the time of the release, it was a very violent movie (over the average). I’m sure it’s an icon for all western genre lovers.

By the way, I’ve been purchasing all movies I’ve been talking about along this blog, although you can find this entire one on YouTube. Here’s the link in case someone wants to see our Sara Montiel in her earlier years on cinema.